Driven by the passion to be present at family meals across five continents, JBS USA is a global leader in the beef and prepared food markets. The Company works to make the lives of its consumers more tasty through a success story that reflects three qualities that sit at the heart of its operations: a commitment to innovation, a strong culture and entrepreneurial spirit.

Headquartered in Greely, Colorado, JBS USA has three major lines of business, which comprise all of JBS’s locations outside of Brazil: JBS USA Beef, JBS USA Pork and Pilgrim’s Pride (JBS is a majority shareholder). Our operations are spread across the United States, Canada, Mexico, Australia and – following the acquisitions of Moy Park and Tulip – France, the Netherlands and the United Kingdom. JBS provides food for more than 280 million meals every day to customers in more than 100 countries.

As with every operational front at JBS, JBS USA champions the global values of the Company while localizing culturally and creating a model that combines synergy and autonomy to deliver operational excellence and passion for the foods people love. 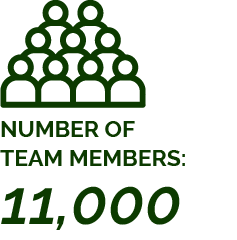 The world’s second largest pork producer, JBS USA Pork provides high-quality fresh and pre-packaged, ready to cook products, from bacon and ham to deli meats and pork cuts. The Company has approximately 11,000 team members. Plumrose, respected for its high-quality prepared products, was acquired by JBS in 2017. 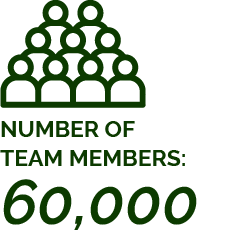 A publicly traded Company listed on the NASDAQ, Pilgrim’s Pride Corporation produces and sells fresh meats and high-added-value prepared and pre-packaged consumer foods. It is a global leader in chicken production and processing, and the world’s largest producer of organic chicken; through its subsidiary Moy Park the Company makes one out of every five chickens eaten in the United States, one out of every four in Mexico and one out of every three in the United Kingdom. Pilgrim’s is also the owner of Tulip Limited, a leading pork and prepared foods company in the U.K. Pilgrim’s approximately 60,000 team members work from locations in the United States, Puerto Rico, Mexico, the United Kingdom and Europe.